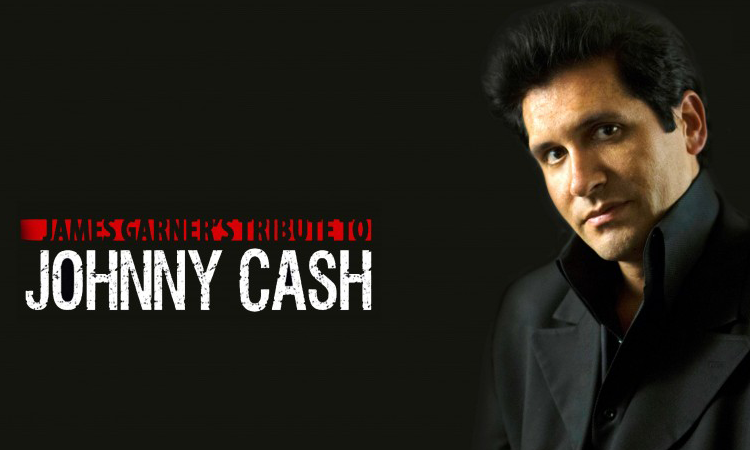 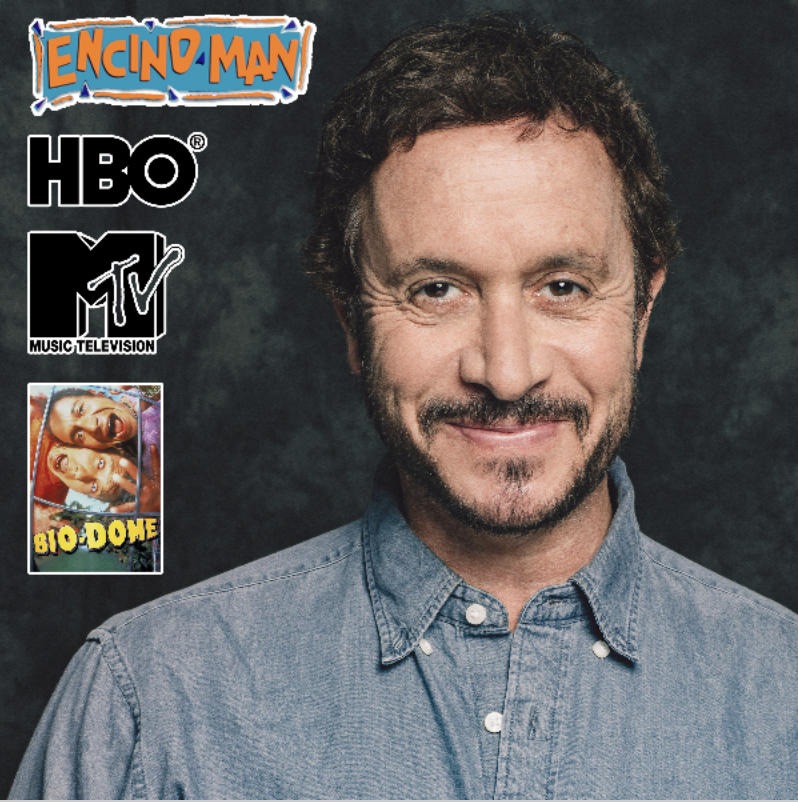 AN EVENING WITH CARMEN BEST

"The Zombies": Life is a Merry-Go-Round Tour, with Special Guest: Olivia Klugman

The band’s 2019 Rock & Roll Hall of Fame Induction marked a major triumph in their 5-decade career, but you can be sure they will not rest on their laurels. "The Zombies" story continues on….!

Iconic British psychedelic pop legends "The Zombies" have returned to celebrate their long-awaited Induction into The Rock & Roll Hall of Fame.

After receiving their 4th nomination in 5 years, the support for "The Zombies" induction among the public and their peers was undeniable - the band placed 4th in the public online poll with over 330,000 votes, while even fellow nominee John Prine called for their induction before his own in a Billboard interview.  On March 29, 2019 at Brooklyn’s Barclays Center, "The Zombies" joined Stevie Nicks, Radiohead, The Cure, Def Leppard, Janet Jackson, and Roxy Music as the 2019 Class of The Rock & Roll Hall of Fame.  Fittingly, the Induction Ceremony took place exactly 50 years to-the-day after "The Zombies" classic “Time of the Season” first hit #1 on the charts in America.

Part of the new wave of contemporary folk singers, Olivia Klugman is an independent singer/songwriter with a rare vocal gift. Self-styled after genre icons like Joni Mitchell and Brandi Carlile.

Best friends Andrew Rivers and Cory Michaelis team up for the Bald and Beautiful tour together so they're not so lonely on the road.

Cory has a Dry Bar Comedy Special - "Bad Teacher" - that snagged over 60 million views. His debut album, "The Collage Dropout," charted at #2 on iTunes & Billboard (because it was the only album released that week). Cory was a finalist in the Seattle Comedy Competition which means he didn't win and was in Season 2 of Netflix's "Huge in France" with Gad Almelah.

His act is sharp and irreverent and not suitable for the high school students he used to teach.

Andrew Rivers very personal and fun storytelling comedy, combined with his exemplary work ethic has earned him high praise from some of the best comedians in the business. Andrew Rivers is a regular opener for Christopher Titus and has toured across North America and Europe with Steve Hofstetter.

Andrew was featured in the popular “Truth or Drink” webseries from Buzzfeed and his Dry Bar Comedy Special has over 15 million views on facebook. His YouTube pandemic special in 2020 hit 100k views in the first two months and his debut album from 800 lb Gorilla Records "For the Wrong Reasons" released worldwide on October 19th.

Check out more at andrewjrivers.com

WHAT TIME DO THE DOORS OPEN FOR THE SHOW? • 7pm doors as long as Cory has his shit together!

HOW LONG IS THE SHOW? • The show will run an hour and a half including Andrew Rivers, Cory Michaelis and opening comedians.

IS THE SHOW DIRTY? • The show is family friendly if your family is cool ;) But, yes, there will be some R-rated material.

For the past 13 years, James Garner and his band have faithfully recreated Cash’s biggest hits with stunning accuracy in this not to be missed musical event.

Garner and his band faithfully recreate Cash’s biggest hits, such as "Folsom Prison Blues", "I Walk the Line", "Ring of Fire", "A Boy Named Sue" and incorporate historical accounts and personal anecdotes about America’s most beloved singing storyteller in this not-to-be-missed musical event.

This show is a fun, toe-tapping trip down memory lane honoring Johnny Cash's life and music, and the boom-chicka-boom sound of his longtime backing band, the Tennessee Three.

Collin Moulton is one of the most fun, personable, and sought after headliners today, both live and virtual!

Collin's newly released FAMILY FRIENDLY album "COLLIN CLEANS UP WELL" garnered him COMEDIAN OF THE MONTH on LAUGH USA SIRIUS XM 98 and ALBUM OF THE MONTH on RAW DOG as well.

He has had his own stand-up special on SHOWTIME, His new CLEAN COMEDY DRYBAR SPECIAL “ANTI ANIMAL VEGAN“ has over 40 million views, he's been on NICKELODEON, and was featured on LAST CALL WITH CARSON DALY. Touring for over 20 years Collin has gained an ease and enjoyment on stage that makes every show worth watching.

America knows and loves him. His familiarity and energy engages and relieves the audience before he even speaks. His electric storytelling style makes you care about every topic he explores. Collin's comedy is the release needed from our every day lives. Come needing to laugh tonight, leave wanting to laugh forever!

WILL THE SHOW HAVE FOOD AND DRINKS? - Historic Everett Theatre does beer, wine, liquor, and snacks!

WHAT TIME DO THE DOORS OPEN FOR THE SHOW? - 7pm doors as long as Cory has his shit together :)

HOW LONG IS THE SHOW? - The show will run an hour and a half including host Cory Michaelis, opening comedians, and headliner Collin Moulton

IS THE SHOW DIRTY? - The show is family friendly if your family is cool ;) But, yes, there will be some PG-13 and maybe R-rated material.

Borrowed Time: a Styx Tribute with Third Stage: a Tribute to Boston

Borrowed Time: The Music of Styx is not a look alike act, but a rocking and melodic band that faithfully recreates the magic of Styx classics like "Come Sail Away", "Lady", "Fooling Yourself", "Mr. Roboto", "Grand Illusion", "Miss America", "Renegade" and so many more classic songs.

If you're a Styx fan, we think you'll like what you hear. If you're not a Styx fan, the band will win you over with their sense of humor and musical chops. 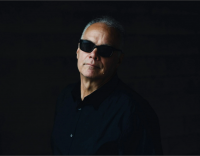 Award-winning vocalist, instrumentalist and songwriter Curtis Salgado, the man NPR calls “an icon” with “a huge voice,” is revered worldwide for his ability to wring every ounce of soul out of every song he performs.

In total, he has won nine Blues Music Awards, including the B.B. King Entertainer Of The Year.

Steely Dan was one of the smartest bands to consistently rack up platinum records. They got away with singing blisteringly acerbic lyrics and executing complex key changes and tricky time signatures while accruing crazy air time on commercial radio, back when that meant something.

So, a band dedicated to paying tribute to Steely Dan has to be sharper than your typical homage outfit. "Nearly Dan’s" 12 members (who’ve played with Ray Charles, the Four Tops, the Temptations, Gladys Knight, and, most importantly, Huey Lewis) are up to the task, interpreting the hits and deep cuts with a professionalism that would impress Donald Fagen and the late Walter Becker.

Homecoming Stabilizing Our Community one HOME at a Time- Fundraiser

Featuring the talents of:

Following his groundbreaking win on NBC’s Last Comic Standing in 2006, Josh Blue has risen through the ranks to become a well-established headliner at venues throughout the world. In 2018, Josh crushed his set on The Tonight Show Starring Jimmy Fallon. In the same year, he was honored with a performance at the William H. Macy Gala at the prestigious Just for Laughs Comedy Festival in Montreal, Canada. He wrapped up 2018 by recording his fifth hour special at his home club, Comedy Works in Denver, CO. Josh does over 200 shows a year, continuing to spread laughter and break down stereotypes of people with disabilities. His stand-up routine is in a constant state of evolution and his off-the-cuff improvisational skills guarantee that no two shows are alike.
Critics have said Josh is not a cerebral palsy comic; he’s a comic who happens to have cerebral palsy. However, his closest friends describe him as “a d-bag.”
Josh made his television debut on Comedy Central’s Mind of Mencia. His story has been featured on Fox, CBS, ABC, MSNBC,  and CNN.  He was the first comedian to perform stand-up on The Ellen DeGeneres Show, was named Best Winning Reality Show Guest on Live with Regis and Kelly, and made standout appearances on Comics Unleashed.  He has appeared twice on Ron White’s Comedy Salute to the Troops on CMT and made his late night television debut on The Late Late Show with Craig Ferguson. He became the first comic to premiere a stand-up special on the big screen when 7 More Days in the Tank was shown in movie theaters across the country. It also aired on Bravo Network. Josh starred in Comedy Central Presents: Josh Blue in 2011. His third one-hour special Sticky Change aired on Showtime and Netflix. In 2016, Josh released his fourth one-hour special, DELETE on HULU and Amazon. Josh dropped a music CD Josh Blue and the Hooligan Stew Review with some original songs. It has been described as “Tom Waits meets the Muppets.”
Josh is a repeat guest on such nationally syndicated radio programs as NPR’s Talk of the Nation, The Mancow Show, and numerous podcasts including Getting Doug with High, and WTF with Mark Maron. He has been featured in numerous print publications including People Magazine and The New York Times. Josh is all over social media with over 1 million views on his YouTube clips and almost one million followers on Facebook.

We put "Wasted Words" together to honor the music of the Allman Brothers Band.

For 45 years the Allman Brothers Band played their own brand of music that was a mix of blues, rock, jazz, all the while staying true to who they were.

Our goal is to bring you their music in a way that is familiar by reproducing the recordings and incorporating the improvisational elements they were known for bringing to their live shows covering material from their self titled 1st album, to the Fillmore recordings, on through to the later years with Derek and Warren adding their own twist on this timeless music.

If you are uncomfortable being around people without a mask, please feel free to wear yours.
All ticket prices include a 35% donation to the Historic Everett Theatre Preservation Society