Kalimba The Spirit of Earth, Wind and Fire

No Quarter a Tribute to Led Zeppelin's Legacy

Despite being born with a disability in both arms, Ryan Niemiller, the self-proclaimed “Cripple Threat of Comedy” shares his views of the world from the perspective of the handicapped.

Ryan began his comedy career in Los Angeles, California, and hasn’t looked back since, performing in clubs and colleges across the country. Covering topics such as dating, trying to find employment, and attempting to find acceptance in a world not designed for him, Ryan tackles the issues in a way that makes you think while laughing the entire time.

With his quick wit, great timing, and a gimmick that only he can exploit, Ryan hopes to prove to the comedy world that he may be unarmed, but he is dangerous.

The show is 21+ encouraged but not required.

WILL THE SHOW HAVE FOOD AND DRINKS?

WHAT TIME DO THE DOORS OPEN FOR THE SHOW?

7pm doors as long as Cory has his life together :)

HOW LONG IS THE SHOW?

The show will run an hour and a half including host Cory Michaelis, opening comedians, and headliner Ryan Niemiller

IS THE SHOW DIRTY?

The show is family friendly if your family is cool ;) But, yes, there will be some R-rated material. 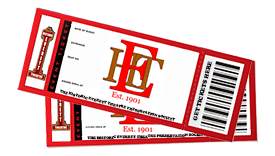